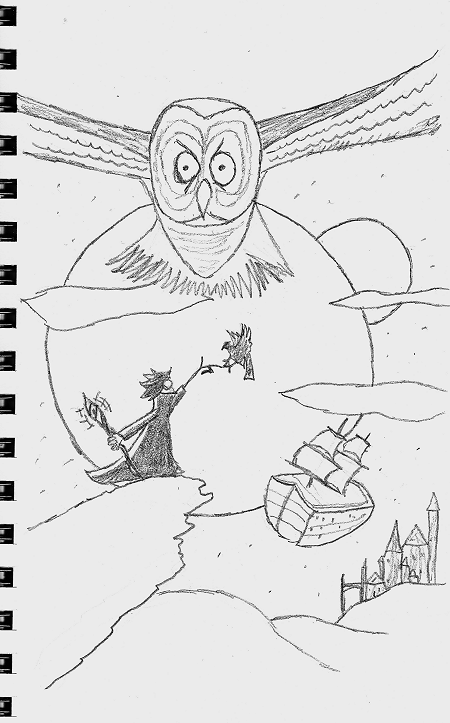 I have started posting my upper middle grade fantasy novel, Son of a Dark Wizard (previously referred to as The Dark Wizard) over on Morrowgrand.

Summary: Thirteen year old Prince Sorren may have survived the vicious attack on his castle, but the young wizard’s life is left in ruins. His father’s been assassinated, he was forced to flee his castle, and he lost his left arm. But after using his powers to build himself a fully-functioning mechanical arm, he’s ready to take back his throne. He doesn’t care if his father’s assassin is a boy believed to be the Chosen One, or if the prophecy that foretold his father’s death also calls for his own death at the same boy’s hands. He steals an airship and sets sail in search of the boy, eager to battle the Chosen One face to face.

But when he’s almost killed by the weapon the Chosen One possesses, Sorren realizes even a dark wizard’s powers are no match for what he’s up against. Pretending to be a powerless traveler, Sorren explores a forest called Owl’s Grave, where lives the small community of outcasts that raised the Chosen One. With the Chosen One determined to fulfill the prophecy by killing Sorren and taking over the kingdom, Sorren will have to look beyond his power if he’s to have any chance of defeating the boy who destroyed his life. And the answer he’s looking for is probably right under his nose, there in Owl’s Grave, if only he can find it before the Chosen One finds him.

I don’t expect many (if any) readers to actually read the novel as I post it to Morrowgrand, but if by chance anyone does and finds any typos, grammatical errors, continuity issues, etc., it would be awesome if you could email such feedback to me at seanthebest(at)gmail(dot)com. If you do, I’ll acknowledge your name in the ebook / physical book, and mail you a free copy of the physical book along with a CD of the score as a thank you (when they’re ready for release).

My current plan is to release the entire novel on Morrowgrand, chapter by chapter. Then I’ll release a free ebook to places like Smashwords, followed by a companion musical score, which I’ll upload to bandcamp and release a physical CD (probably through Kunaki or a similar low-run CD replication service). Finally, I’ll release a physical copy of the book through CreateSpace.

I will post a chapter on Morrowgrand every day until all 27 chapters are posted. So the last chapter should be released on Saturday, December 6th. I’m going to try to have the companion musical score ready to release at that time, but it may take some extra weeks. (I just got a new part time job, and I’m putting in an application for a full time job, so I’m not sure how much free time I’ll have. Plus, November to December is holiday and birthday season here.)