There’s a literary movement afoot! Although its name among the angels and higher beings can never be expressed through mere words, it is known to humans versed in the common tongue as Superversive Fiction.

The last half century or so has seen quite a bit of subversive literature – literature designed not for building up civilization but for tearing it down. It has many features to it: heroes who aren’t heroic, the world is portrayed as a terrible, evil place, beauty is nowhere to be found, good always loses in the end, etc.

Superversive work, on the other hand, is meant to inspire. Write L. Jagi Lamplighter writes:

In another post, she identifies three elements of a superversive work:

First and foremost, a Superversive story has to have good storytelling. … What I mean by good storytelling is that the story follows the principles of a good story. That, by the end, the good prosper, the bad stumble, that there is action, motion to the plot, and a reasonable about of sense to the overall structure.

Second, the characters must be heroic. …

The movement even has a manifesto, found here on a blog dedicated to “Superversive SF”.

So… is my work superversive? 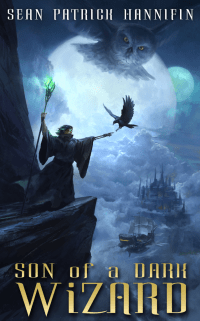 Son of a Dark Wizard is admittedly not very superversive. The main character is a powerful wizard whose evil father was just assassinated, so even trying to be heroic is not really on his mind. While he’s not quite as evil as his father, he’s certainly not a role-model. Nor does the book include much in the way of wonder, at least no more wonder than the genre of fantasy itself brings to the table (as I personally find wonder in the very idea of wizards at all, hence why I am drawn to fantasy in the first place). I do hope that the book has good storytelling though.

That said, it’s certainly not pessimistic, and I wouldn’t consider it subversive. While the main conflict is not as black-and-white as hero-vs-bad-guy, there’s never an argument that good is actually evil or vice versa, or that good people don’t exist, or any other nihilist nonsense. 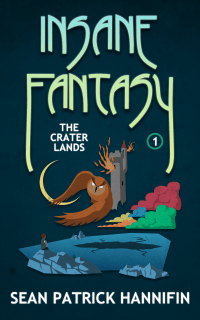 What about Insane Fantasy: The Crater Lands? This is just the first part of a serialized novel, but I actually plotted it with superversiveness in mind (not necessarily as a goal, but I was aware of its ideas). So I would say yes, at least yes to the novel’s overall story. Both the owl Moonwing and the boy Coptivon do things that I would hope readers would consider heroic, and I hope the world and its magic will hold some wonder. And of course I strive for good storytelling anyway. 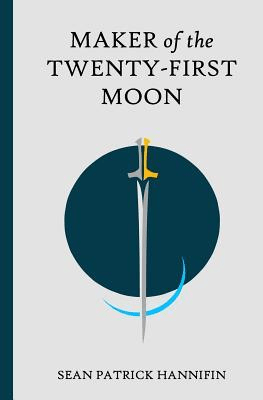 What about my three short stories in Maker of the Twenty-first Moon? Meh, these probably wouldn’t be considered superversive either. They’re all tragedies, and only the title story features a character who might arguably do something heroic. No One Was Abendsen features a weak character whose cowardice leads to someone’s death (spoiler alert), and The Final Dream of Samuel Shadows is more of a comedy, in which the tragedy is dramatically akin to someone slipping on a banana peel… and dying. Well, OK, the comedy’s a bit more subtle than that, but the point is that the tragedy (if its ending can even be considered one) is not necessarily a moral consequence of anything serious.

I’m hoping that the story I’m plotting now will be superversive. I suppose the most subjective aspect may be that “sense of wonder”. As I said, I find the idea of fantasy and magic and wizardry to be awe-inspiring in and of itself. Just as C. S. Lewis wrote that “only giants will do“, I might say that “only wizards will do” for the simple reason that many more exciting things seem possible in a world of magic and wizards — there’s something deeper and more mysterious than simple physics ruling the universe, yet its more palpable than the spiritual “love and hope and oneness with all things” already in our world. And the idea of seeing a castle on a hillside is more uplifting to me than seeing a city street, or a modern house, or a row of power lines. Though I’d prefer air conditioning and running water to living in a cave on a beautiful mountain, the modern world with its bland buildings and rivers of asphalt and parking lots is just ugly. And fresh mountain air certainly smells better than random wafts of gasoline and fast food.

But I digress. What was I talking about again?

Oh yeah. So I write fantasy in the first place because I think a sense of wonder is inherit in the very genre. Even Game of Thrones with all its pointless dirty nudity and ridiculous violence-to-shock! gives me wonder because of the castles and the magic and the swords and the dragons.

Also, I very much agree with Josh Young when he writes (in this excellent post titled ‘Why does the tone of our fiction matter?’):

… a rant about message fiction is probably a little bit of rabbit trail, except in so far as that I think message fiction has a distasteful tone to it that’s probably (but not definitely) in conflict with a sense of wonder and heroism and all that other stuff. Lecturing comes from a place of superiority and superiority is usually off-putting. No one wants to be lectured unless they’re legitimately attending a lecture.

I guess it depends on the “message” and whether or not one agrees with it. Certainly a movie about Christ telling people “he who hears My word, and believes Him who sent Me, has eternal life” is far more awe-inspiring to one who does in fact believe. In recent years there’s been a quest among some authors in the science-fiction and fantasy genre (and people in “geek culture” in general I suppose) to worry about “diversity” and “representation”, concerned about what “message” a story that lacks the proper amount of “diversity” may be spreading. I’m tempted to claim that some of these authors really do find “wonder” in these things, as they imagine that they are inspiring a better world. But that sort of “wonder” isn’t really contained in the story itself, is it?

Anyway, that’s another digression. Suffice it to say that if a book’s (or a movie’s) selling points include something to do with the characters “representing” some group of people rather than trying to sell me on the actual conflicts made possible by the world and the characters, I probably won’t be so interested. (But others will! I guess.)

In conclusion, the best way to find out just how superversive my books are (or aren’t) is to… buy them and see! 😛

(Disclaimer: This post was sponsored by my own self.)

2 thoughts on “Is my work superversive?”